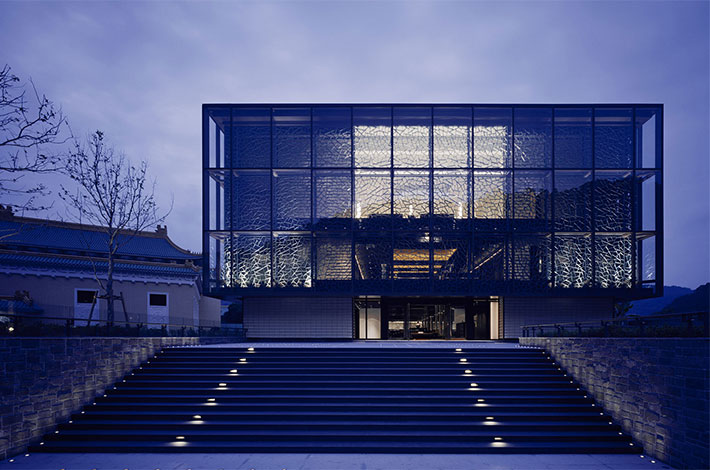 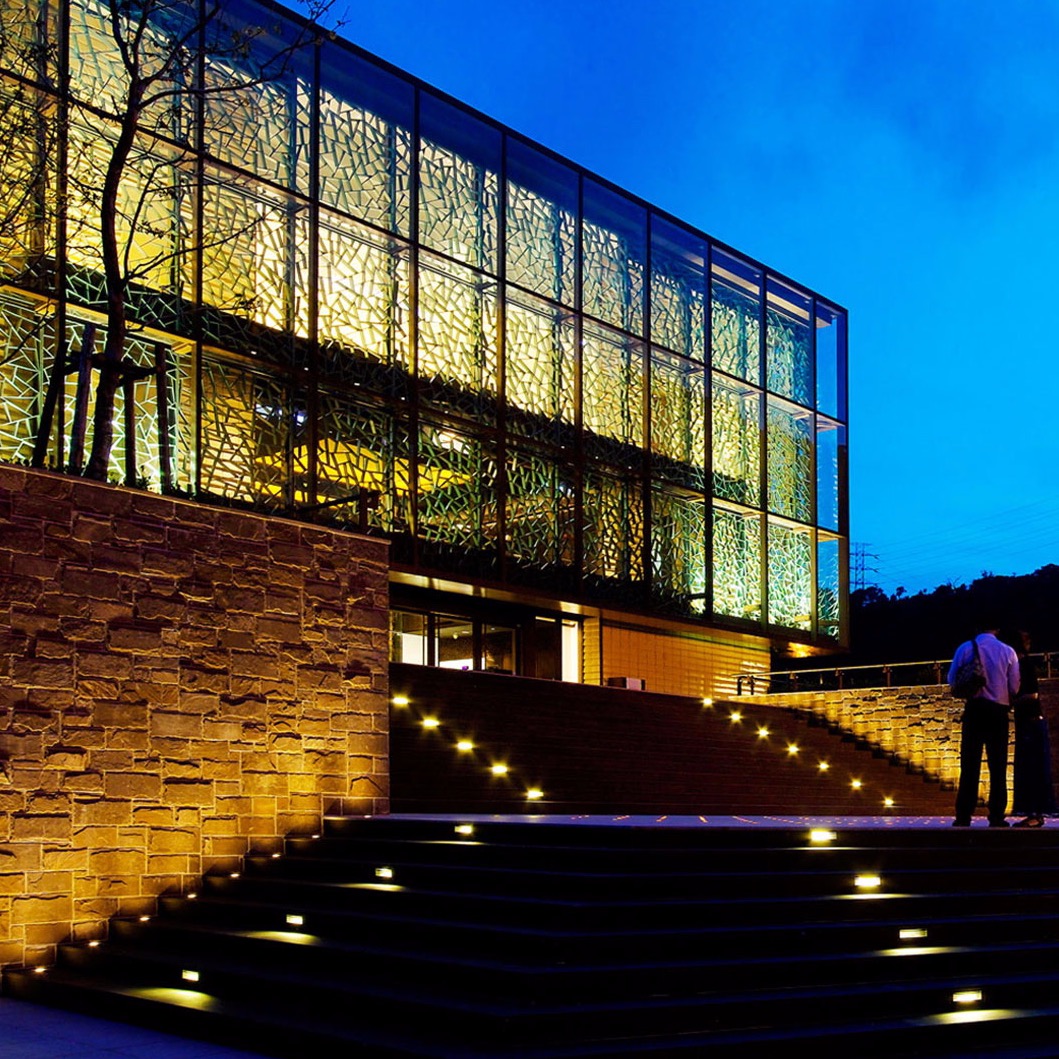 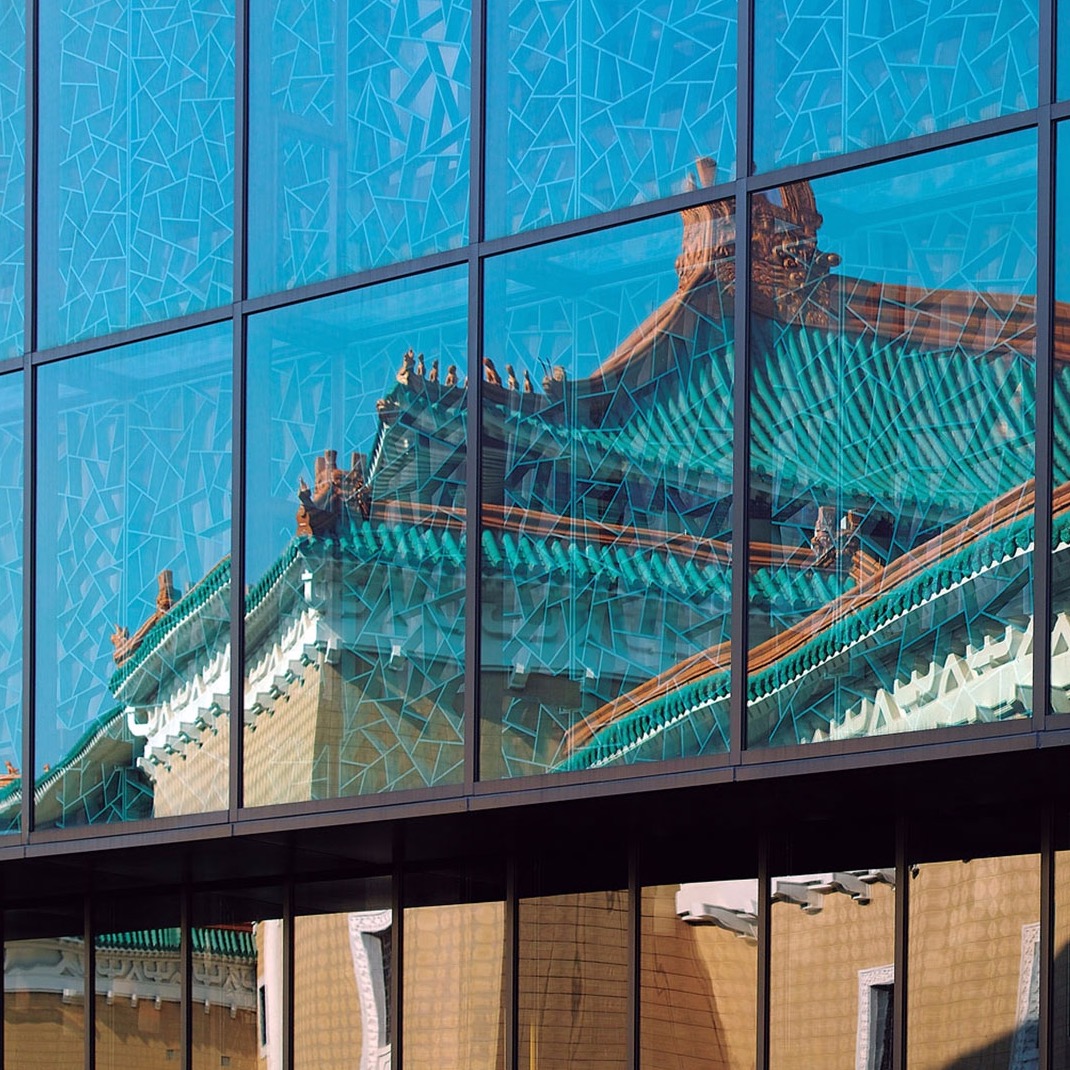 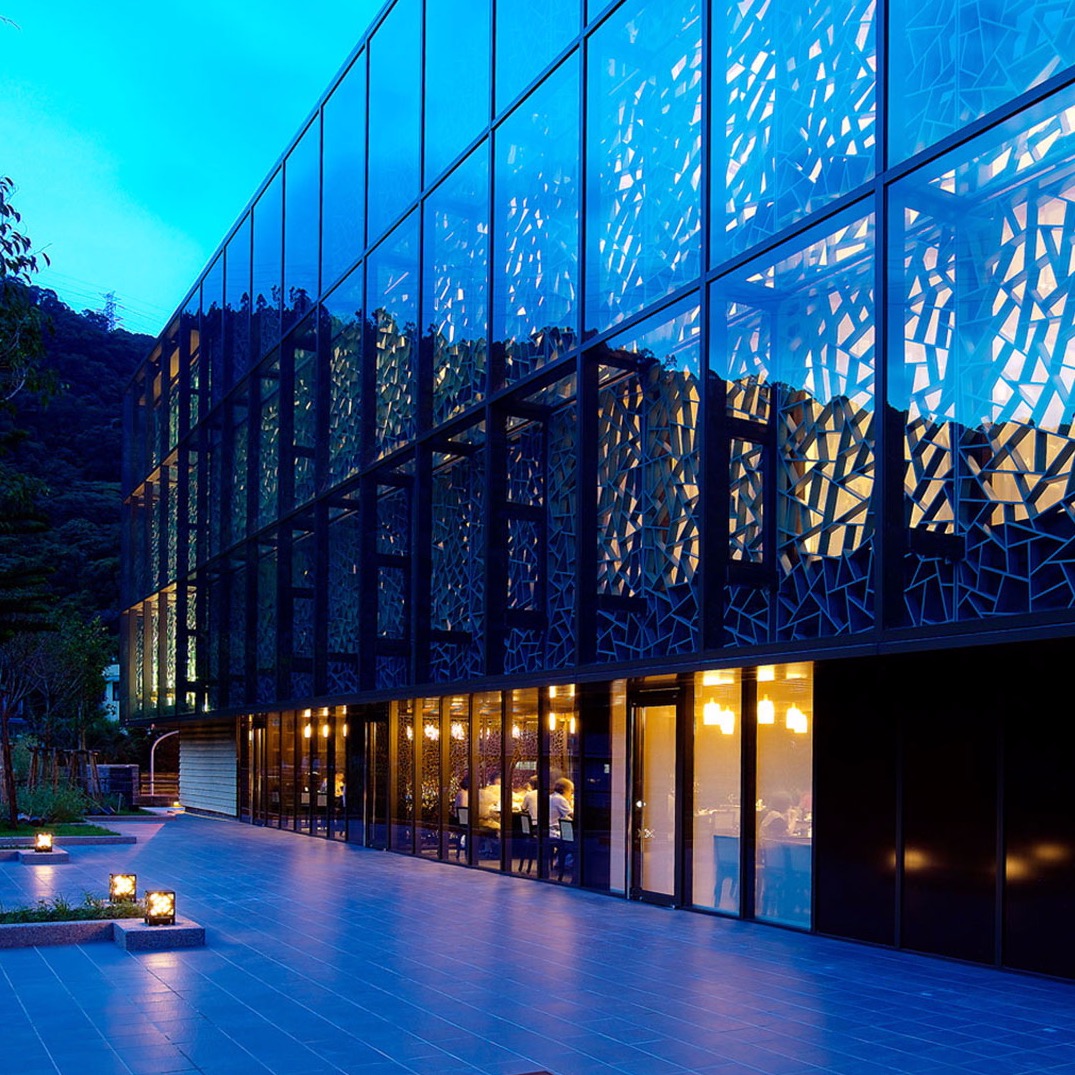 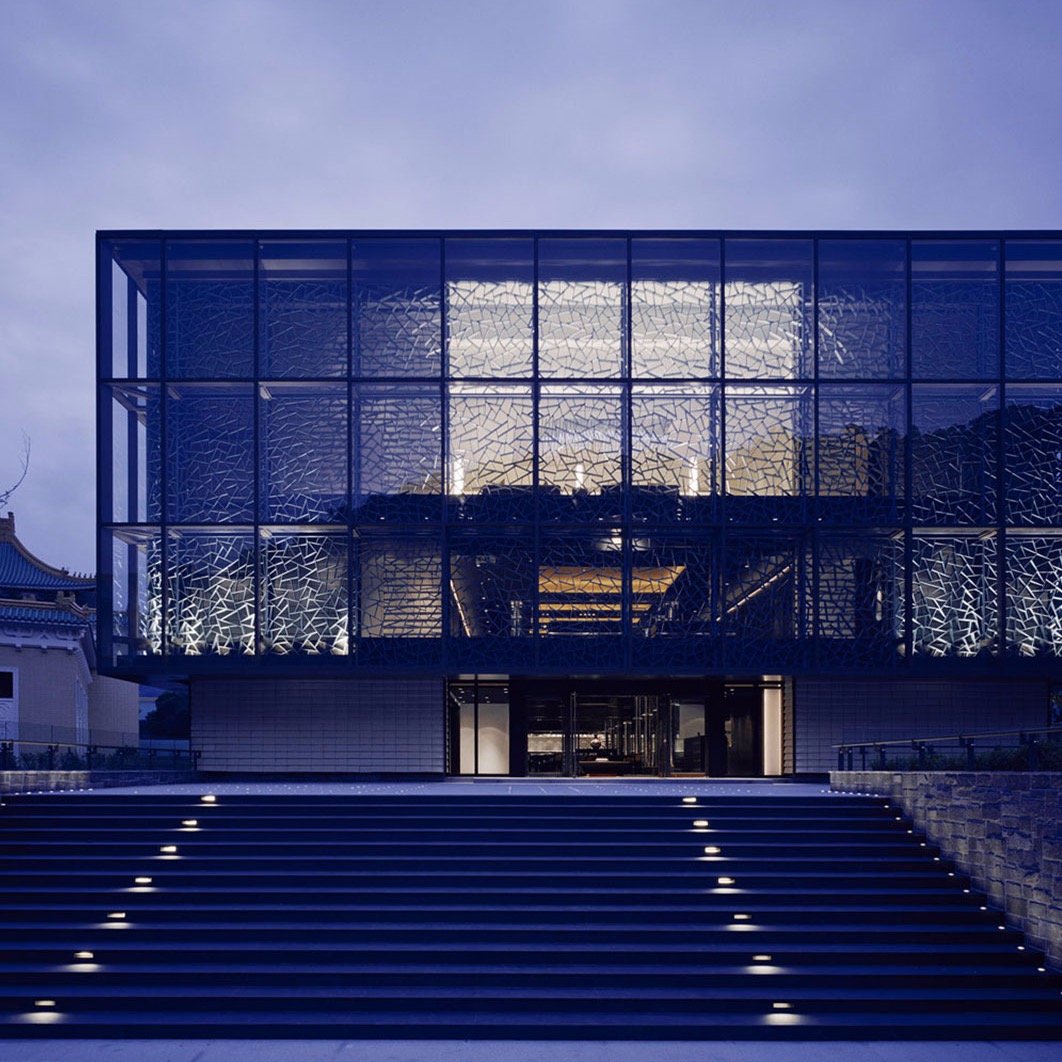 Embodying the concept of “inheritance”, Silks Palace, the new restaurant facility for the National Palace Museum, corresponds to the colors and materials found in the existing classical architecture via contemporary architectural expressions and techniques. The result is a building that is different from the existing museum buildings, yet blends effortlessly with its surroundings.

Responding to an old Chinese saying: “color weights more than form”, the selection of the color scheme was one of the project’s key concerns. The dark brown stone podium extends the visual continuation from the brown tile base of the existing buildings; the yellow ochre roof tile shingles laid on the four cores are transformed, with a slight twist, from the old yellow tiles on the existing walls; and the green hue on the “ice-cracked” sun shades is derived from the existing green glazed roof tiles. The continuation of the colors, namely the rusty brown, yellow ochre, and bronze green, which form the basic palette for the National Palace Museum complex, has contributed to the harmony between the old and the new.

In contrast to the complexity in the color scheme, the exterior form of the building remains very straightforward. It is a rectangular glass box suspended and anchored by the four square corners that house the service cores. During the day, the glass volume under the sunlight reflects its surroundings and camouflages the building, while at night it transforms into a radiating crystalline light box, revealing prominent Chinese flavors from within. 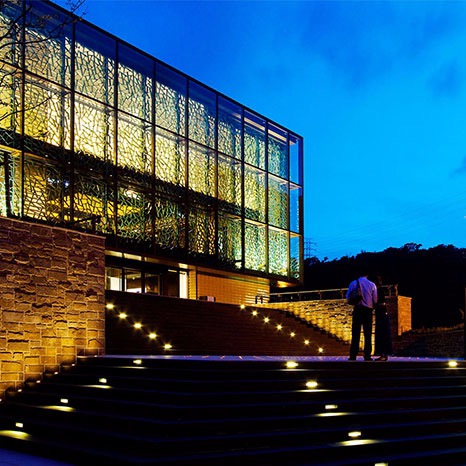 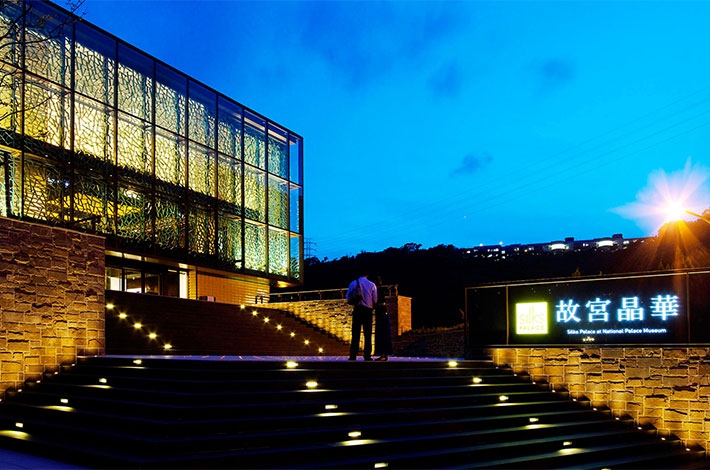 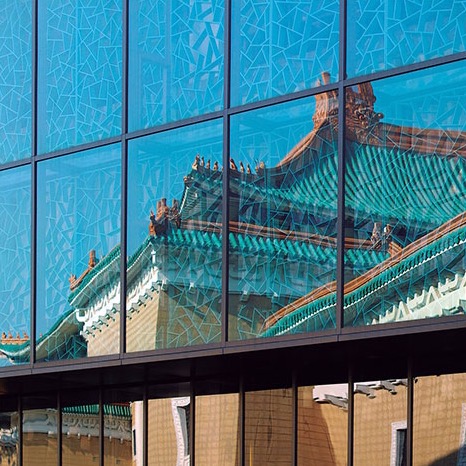 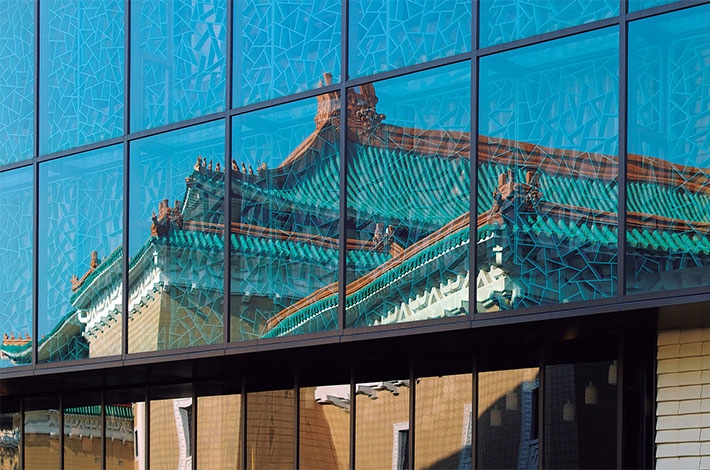 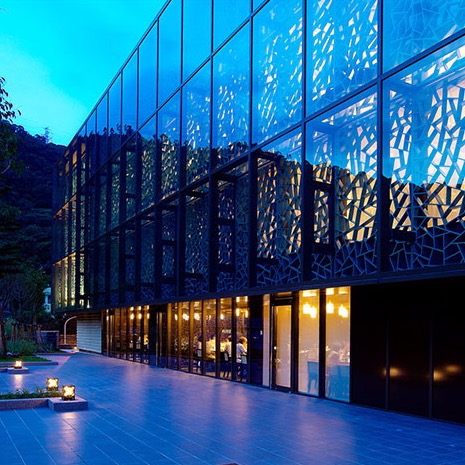 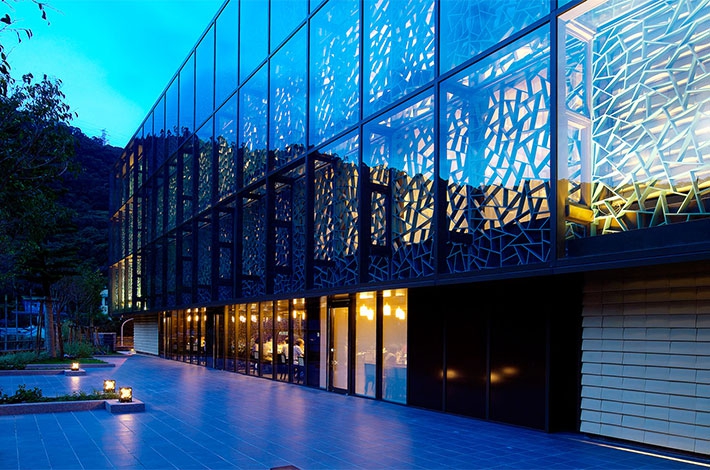 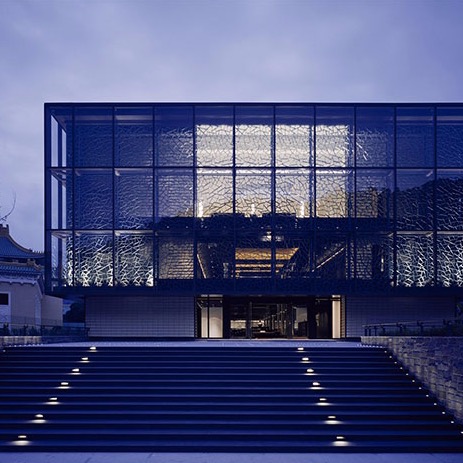 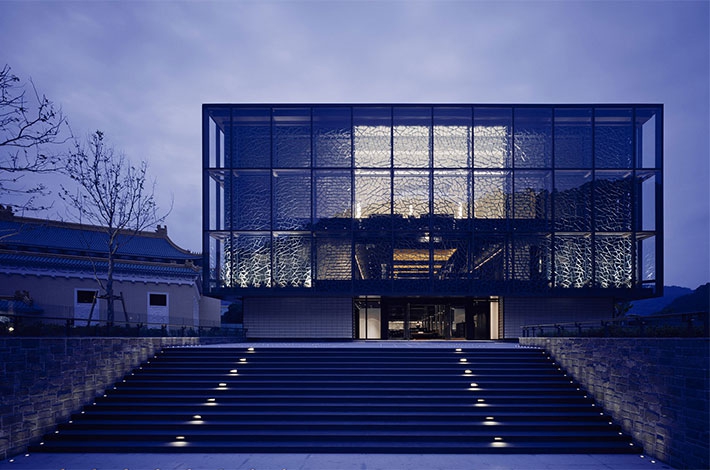 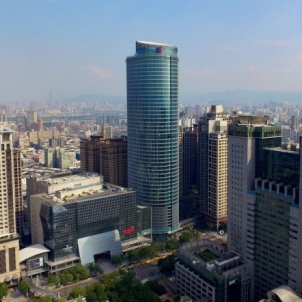