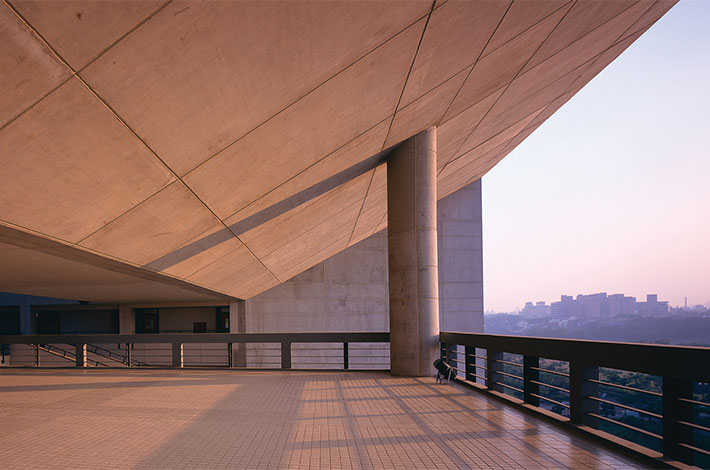 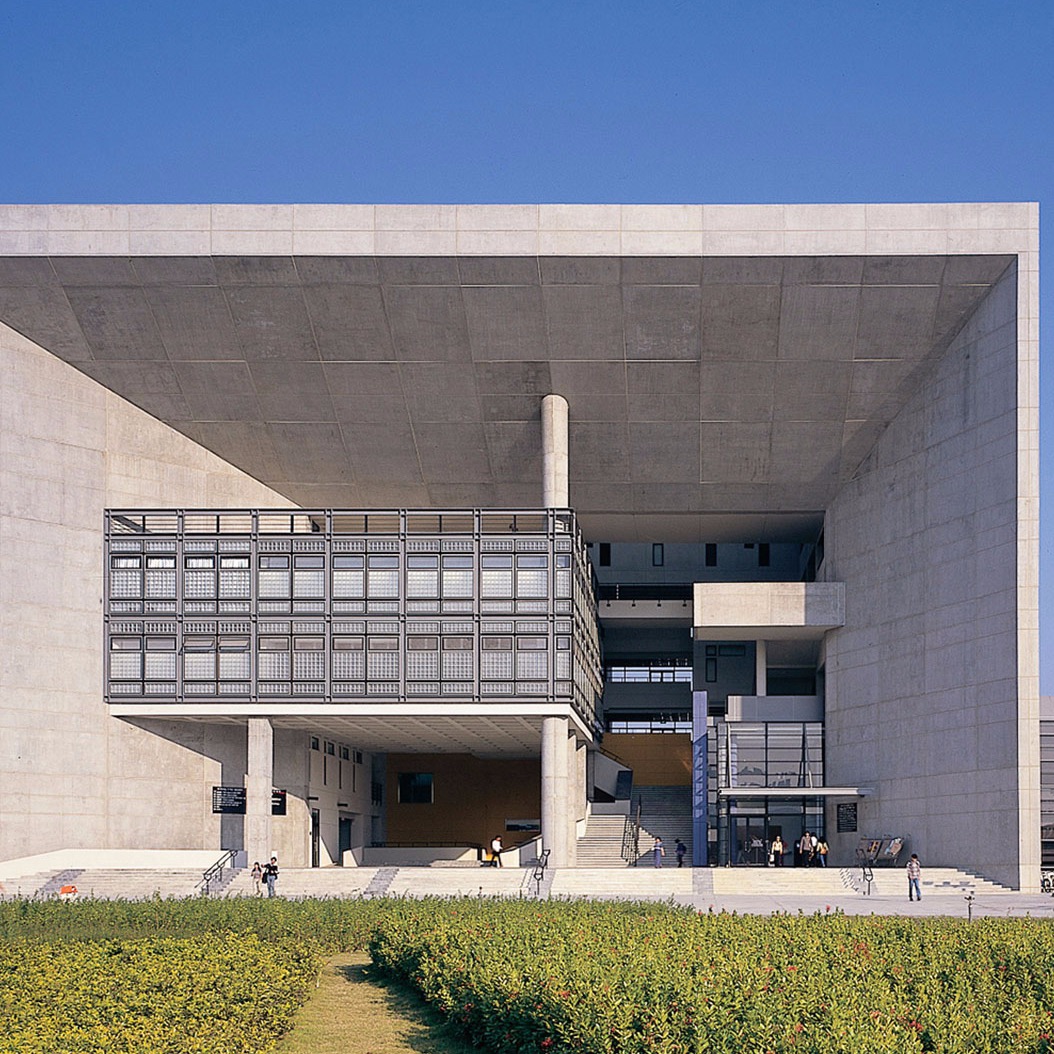 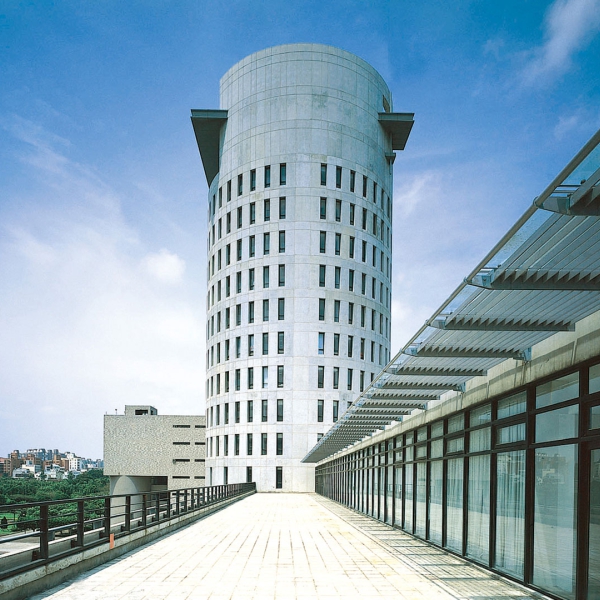 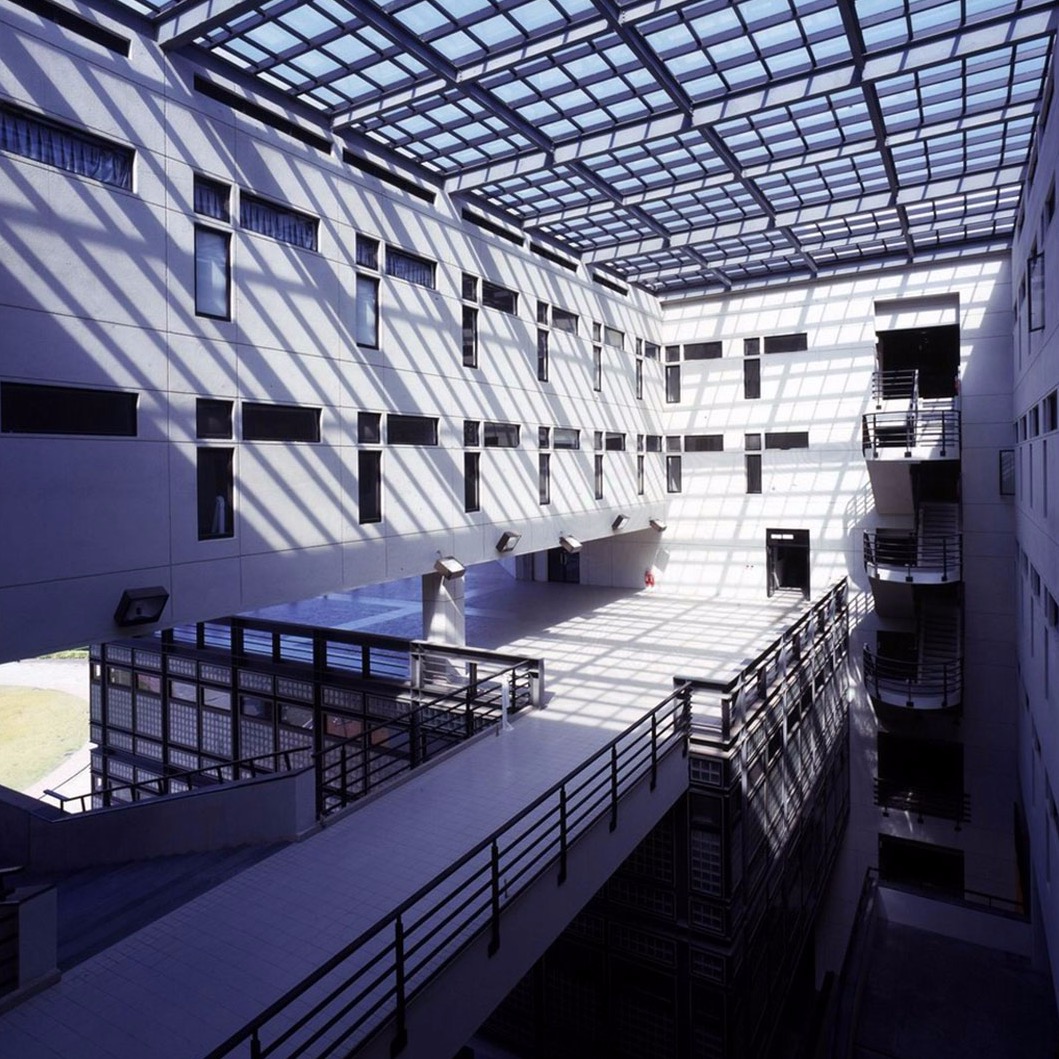 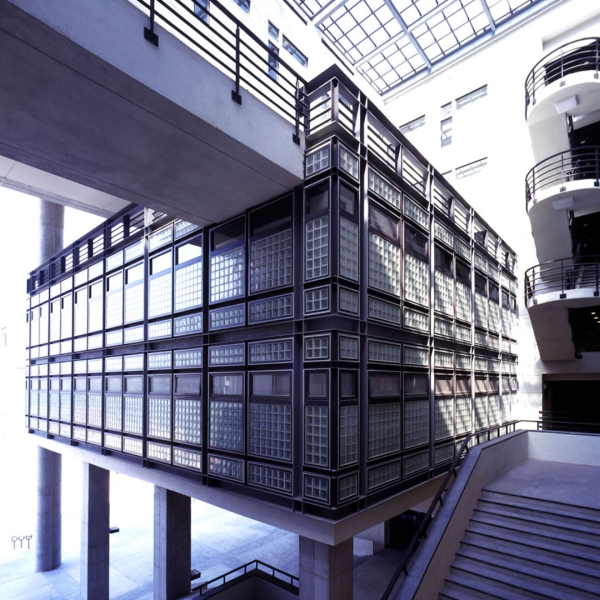 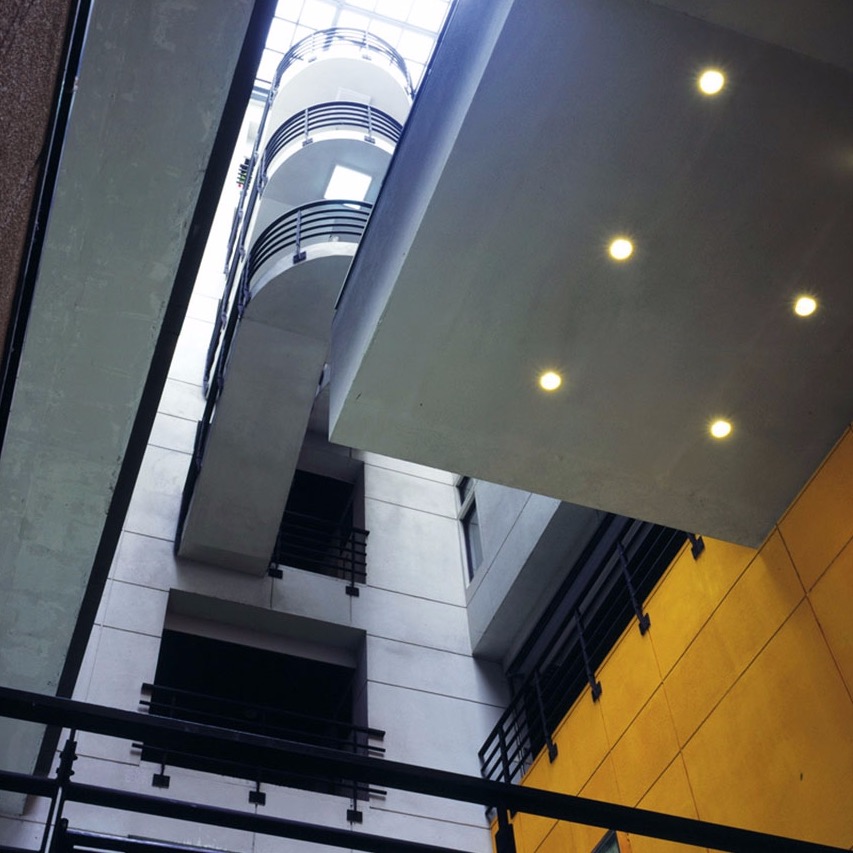 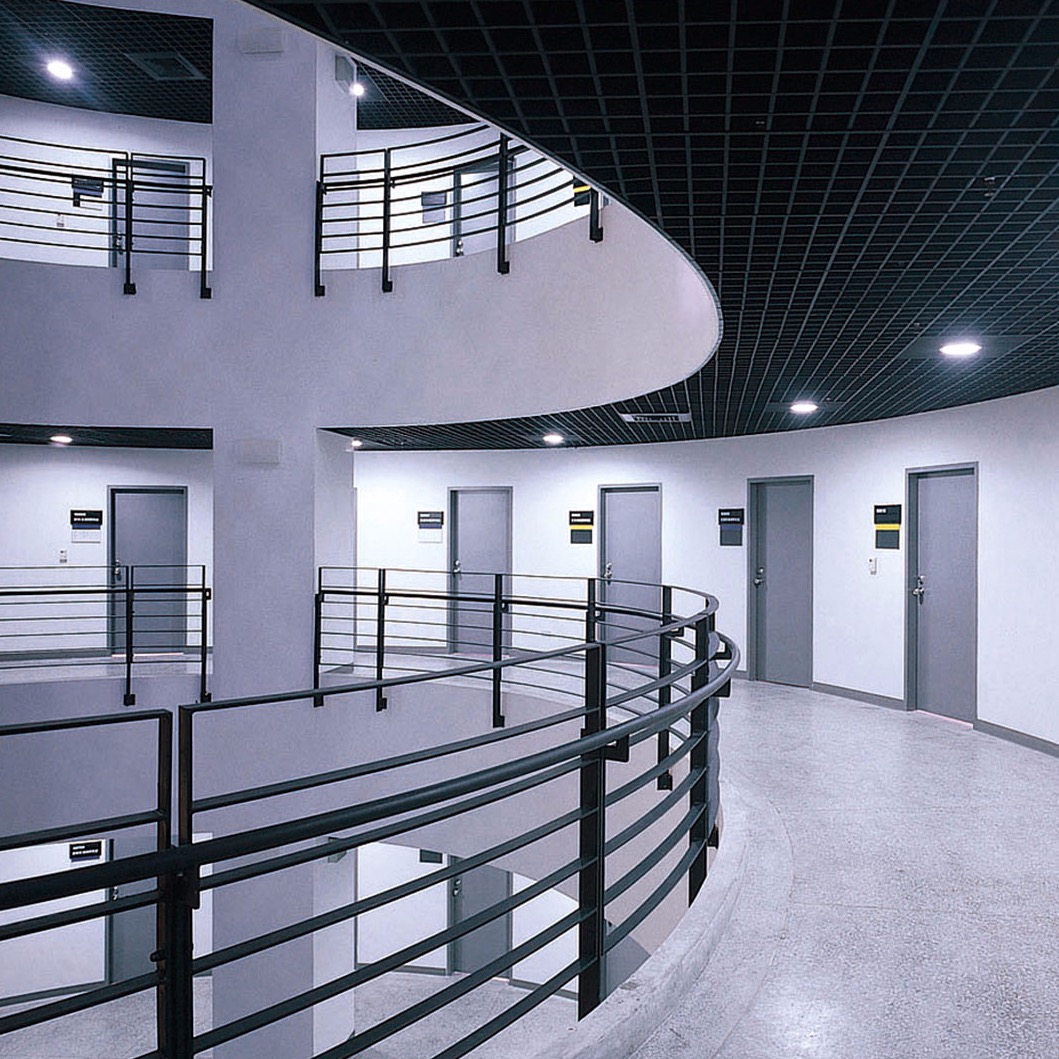 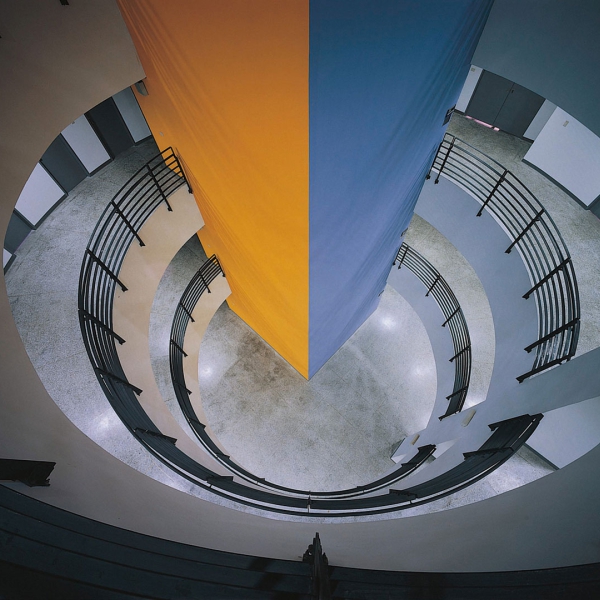 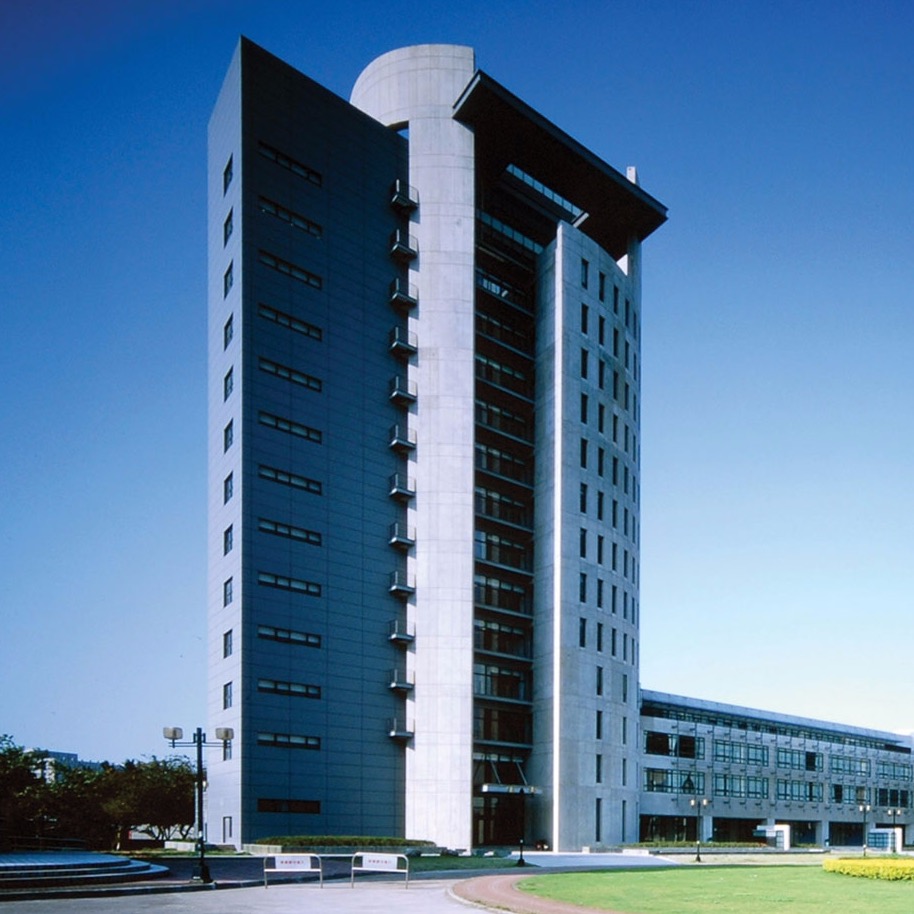 KRIS YAO | ARTECH completed the Library Building in 1998 and continue to design the adjacent Administration/Academy Building two years later, completing the campus’s central plaza with these two anchor buildings located on the ends of the east-west and north-south axes of the Yuan Ze University campus.

The award winning Library Building is a large, portal-framed structure which houses three major functions: the L-shaped Information Science Department, a conference center in the suspended glass box, and the library section that extends out to the south. Facing west, the building’s heavy, monumental façade anchors the central plaza. An upward passage composed of grand stairs, ramps and bridges takes people through the building to the various functions and outdoor terraces at different levels, facilitating impromptu exchanges and activities along the path.

Next to the Library Building, the Administration/Academy Building houses two major programs: the administrative office and research centers in a cylindrical tower and the classrooms in a rectangular, horizontal volume. The cylindrical tower accentuates its verticality with slender openings on the façade, and transforms itself into a transparent volume at the top with the glazed curtainwall constructions. On the ground floor, the lobby encloses another circular volume built with perforated metal panels, creating an interesting space of “circle within a circle”. 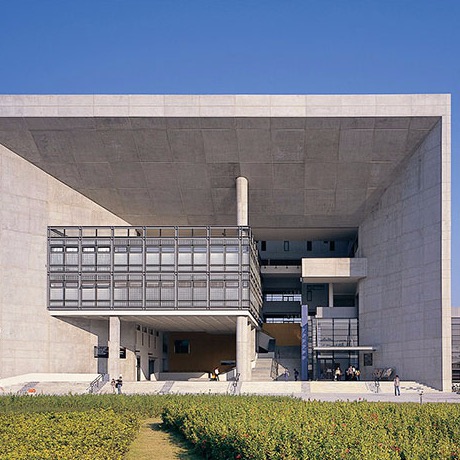 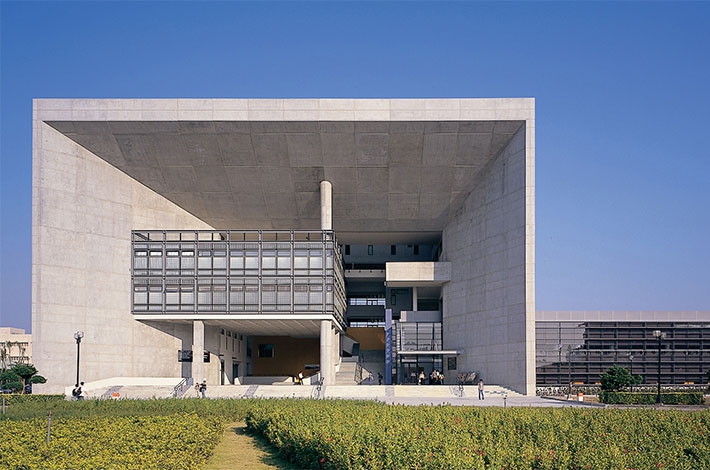 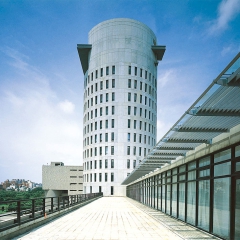 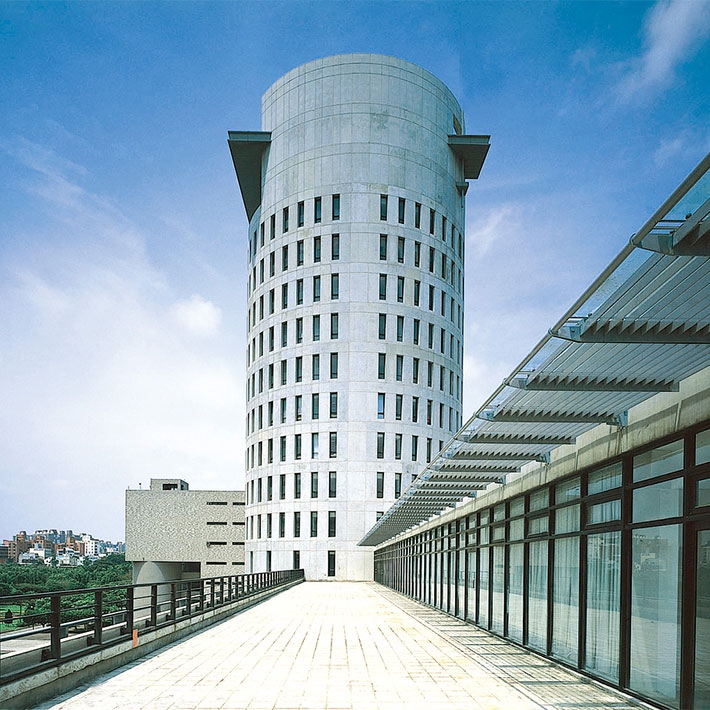 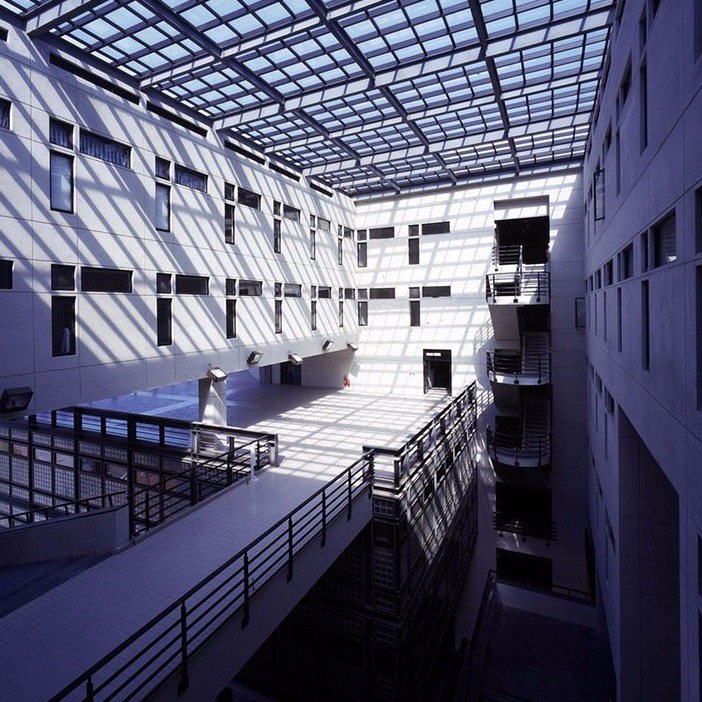 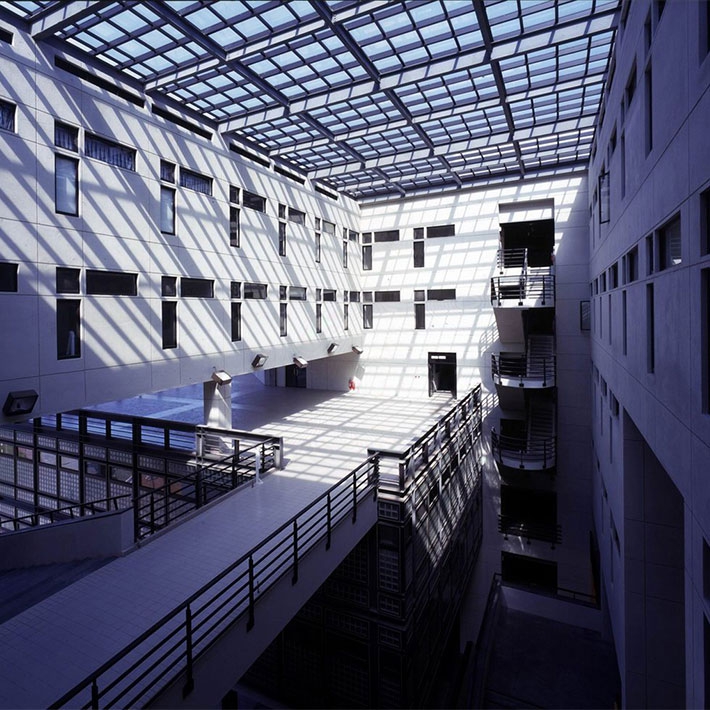 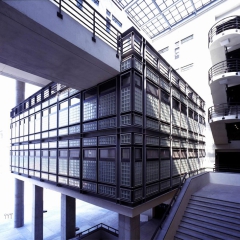 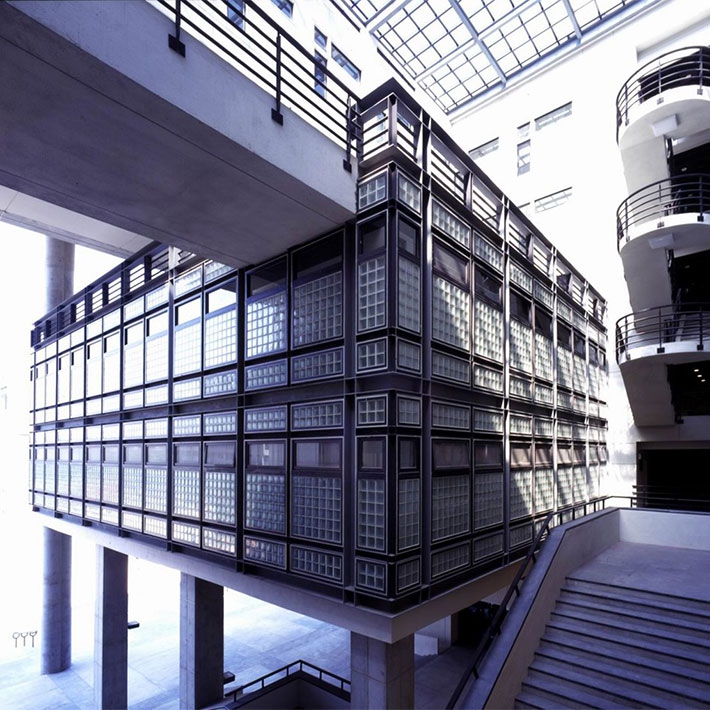 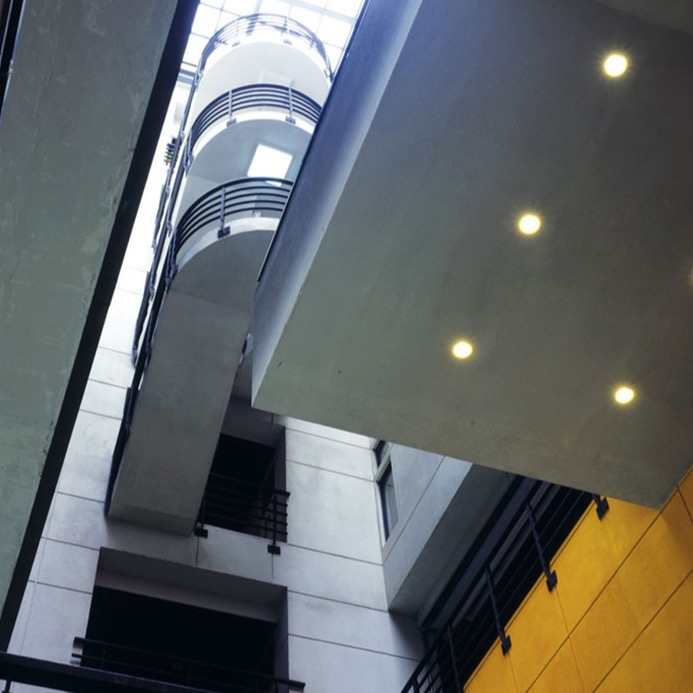 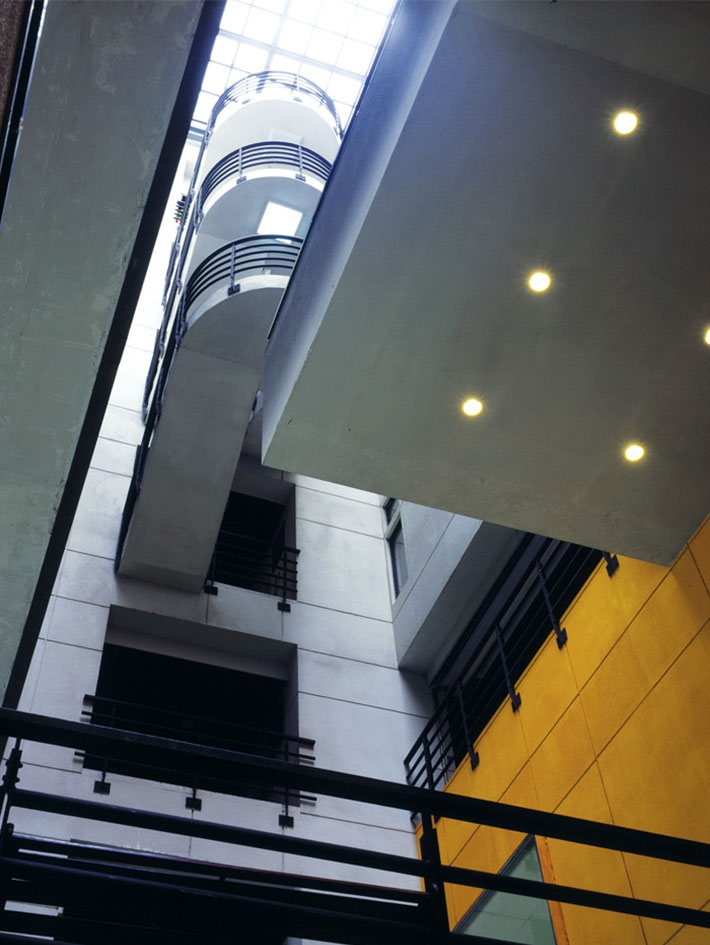 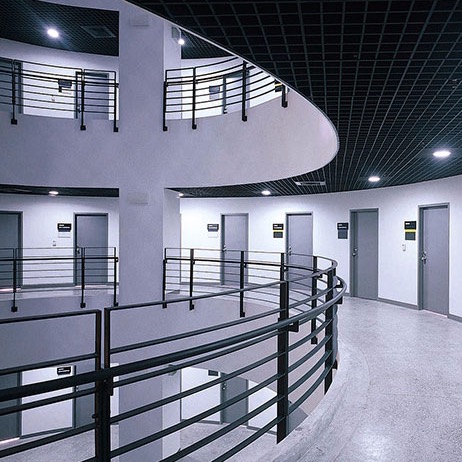 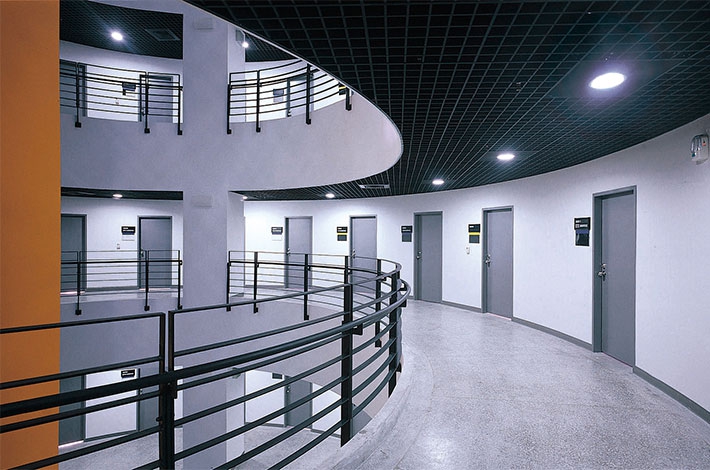 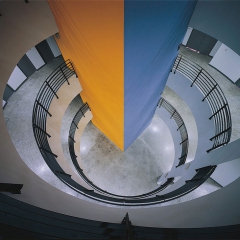 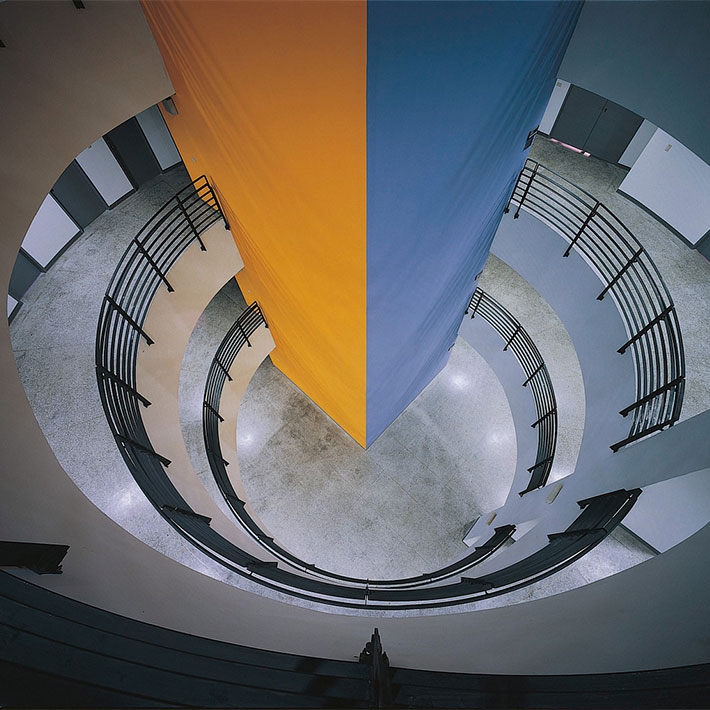 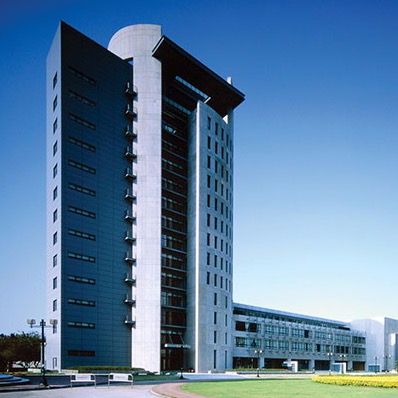 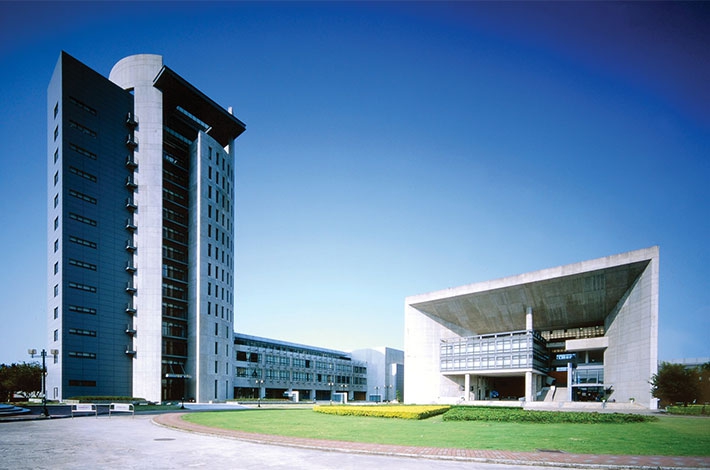 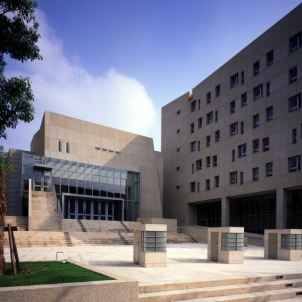 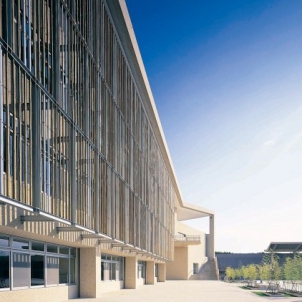 BACK TO
Yuan Ze University Library and Administration/Academy
Menu