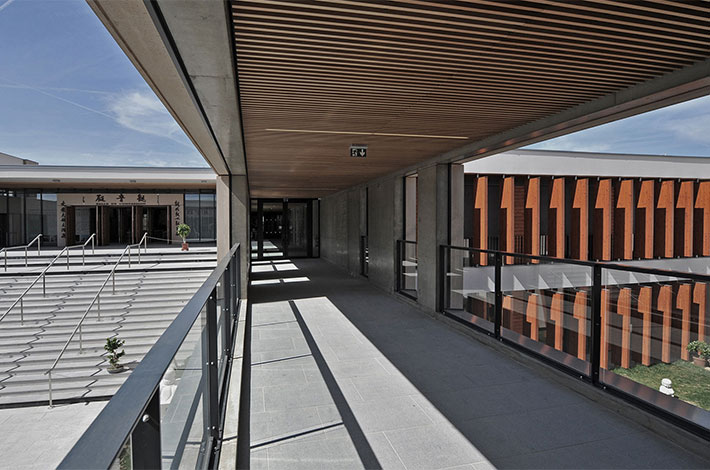 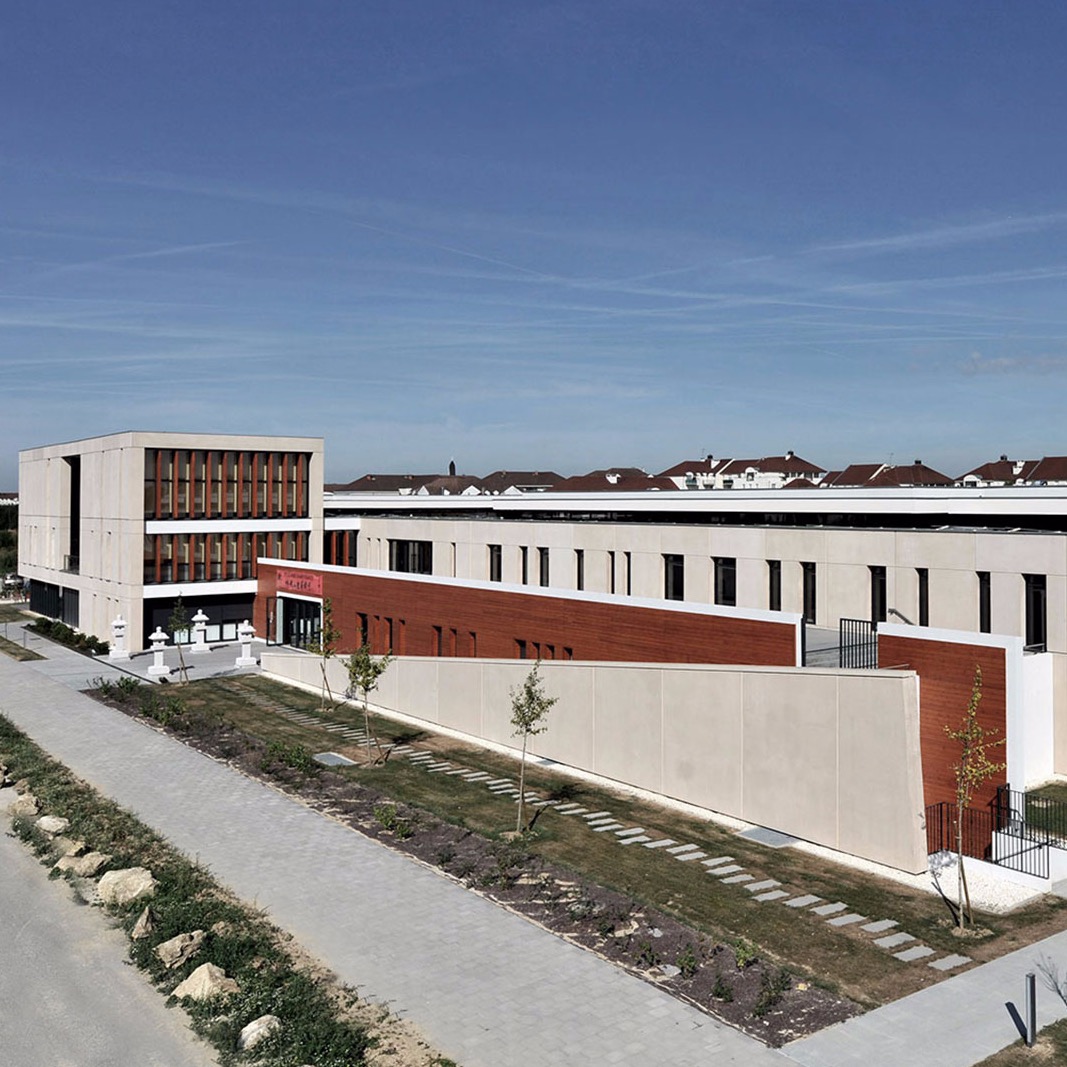 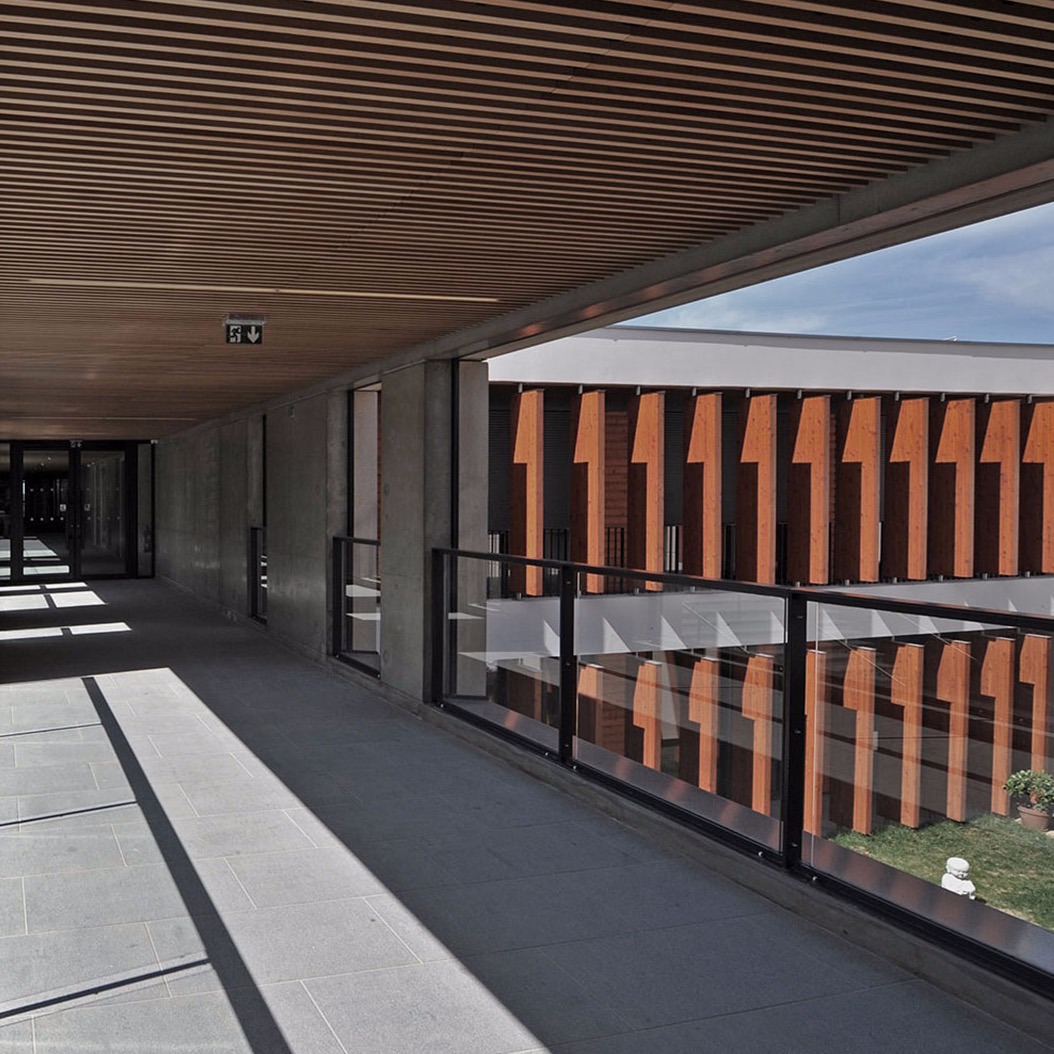 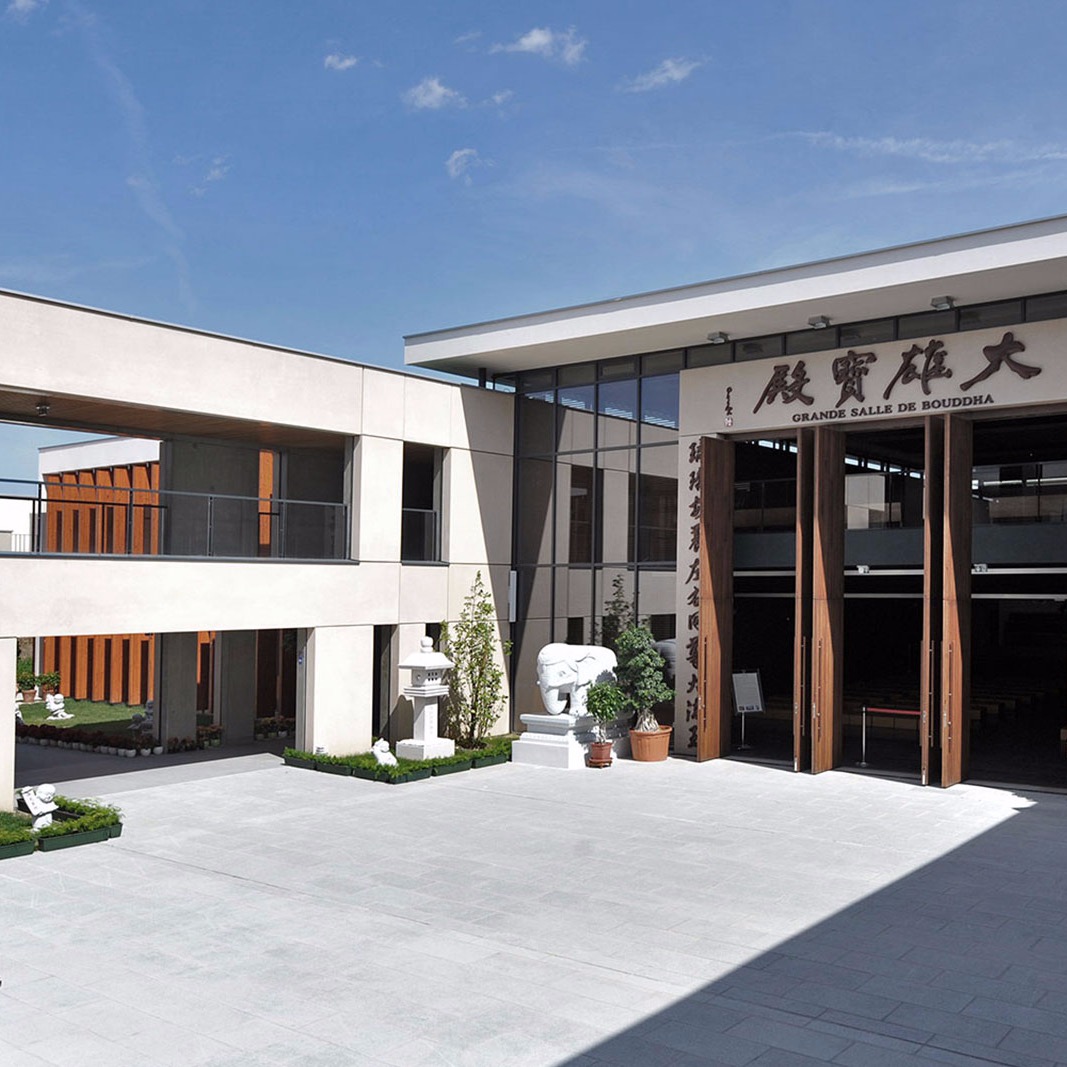 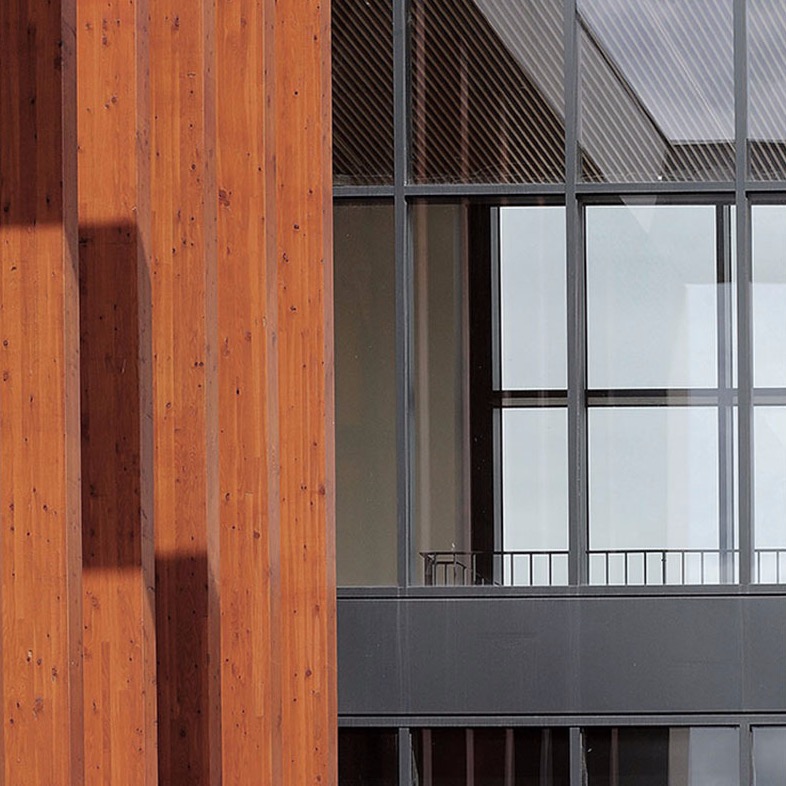 This Monastery is located in the center of a green park, with a historical castle to the south, in the city of Bussy Saint Georges in the suburbs of Paris. It offers spaces for religious activities, meditation, cultural education, and social gatherings. The design concept emphasizes harmony with the surrounding natural ecology and its history. With the use of unadorned materials, modestly sized massing and abundant green spaces, the new building blends in with its surroundings in a quiet manner.

Three thick “walls” run horizontally and house the main circulation corridors to all the functions. This provides three layers of spaces with different degrees of privacy needed for the public zone, ceremonial spaces and living quarters. The public zone on the outer layer houses general classrooms and social areas, such as the café, art gallery, and bookstore; the second layer contains a series of religious assembly halls; and the innermost layer accommodates the living quarters for monks and nuns. The ceremonial Main Hall, the Mahakaruna Hall, the Zen Hall, and the Ksitigarbha Hall are linked together by outdoor courtyards or terraces on the east-west (horizontal) axis. The entrance lobby, the central courtyard and the Zen garden connects on the north-south (vertical) axis. Visitors to the Main Hall ascend the gentle ramp along the outer wall, enter second floor lobby, then step down the grand stairs to the center courtyard in front of the Main Hall. The zigzag progression preserves the ancient ritual of approaching a temple.

Green roofs are incorporated for sustainability. Vast windows provide natural ventilation, views and entrances to the gardens and courtyards, allowing people to immerse in nature’s gentle breeze, light, and greenery. 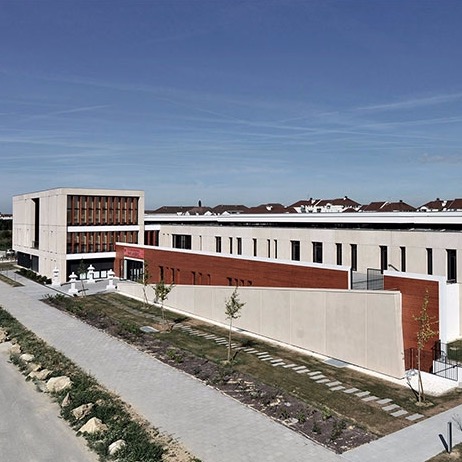 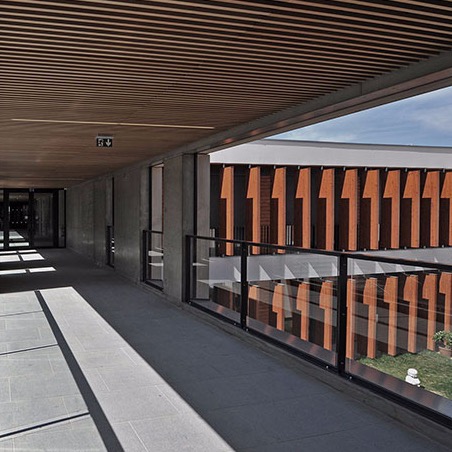 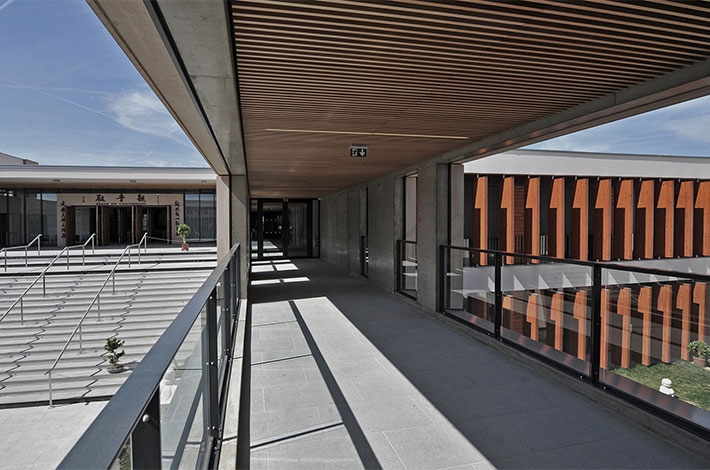 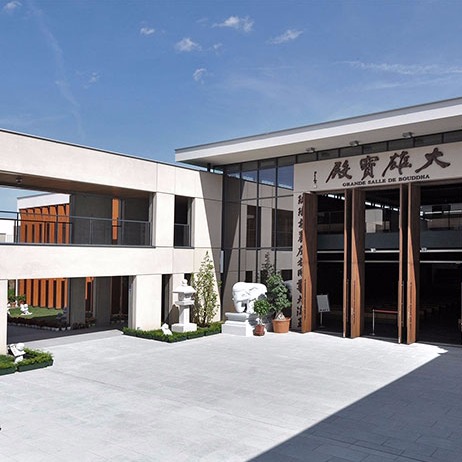 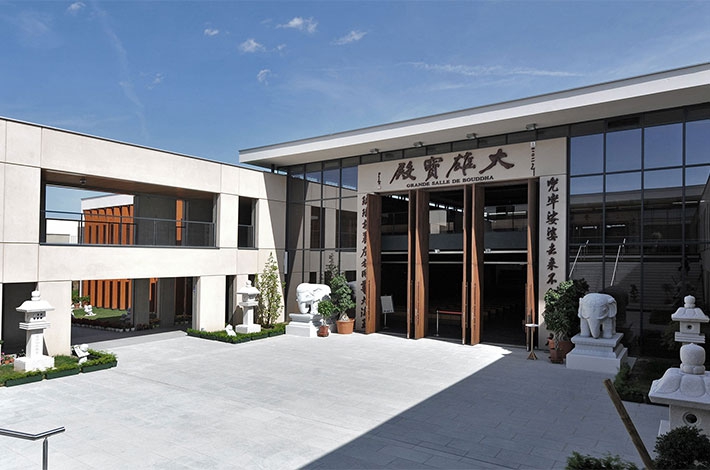 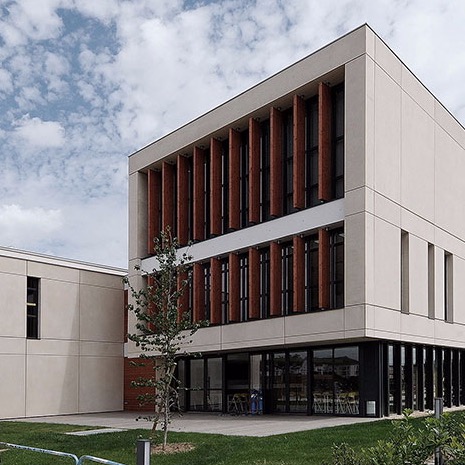 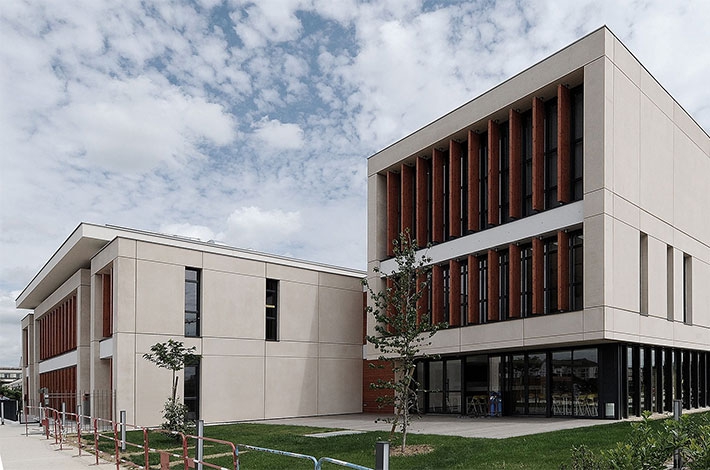 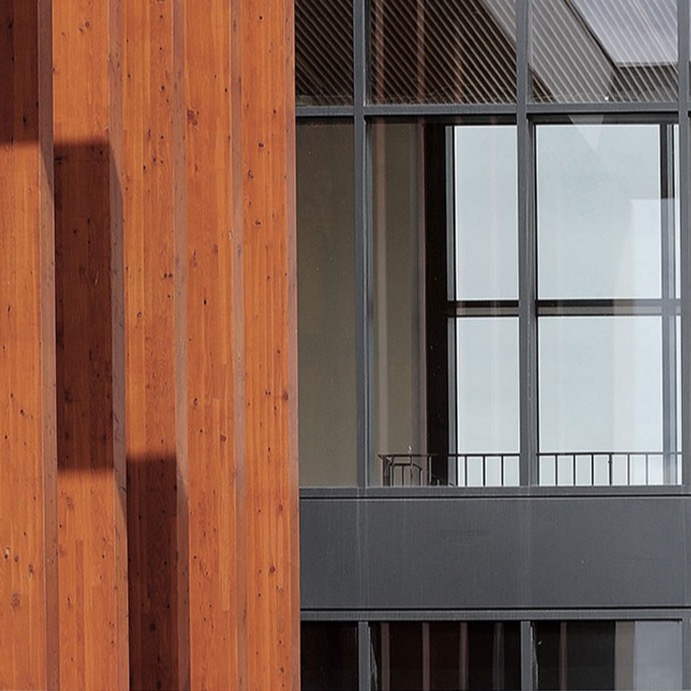 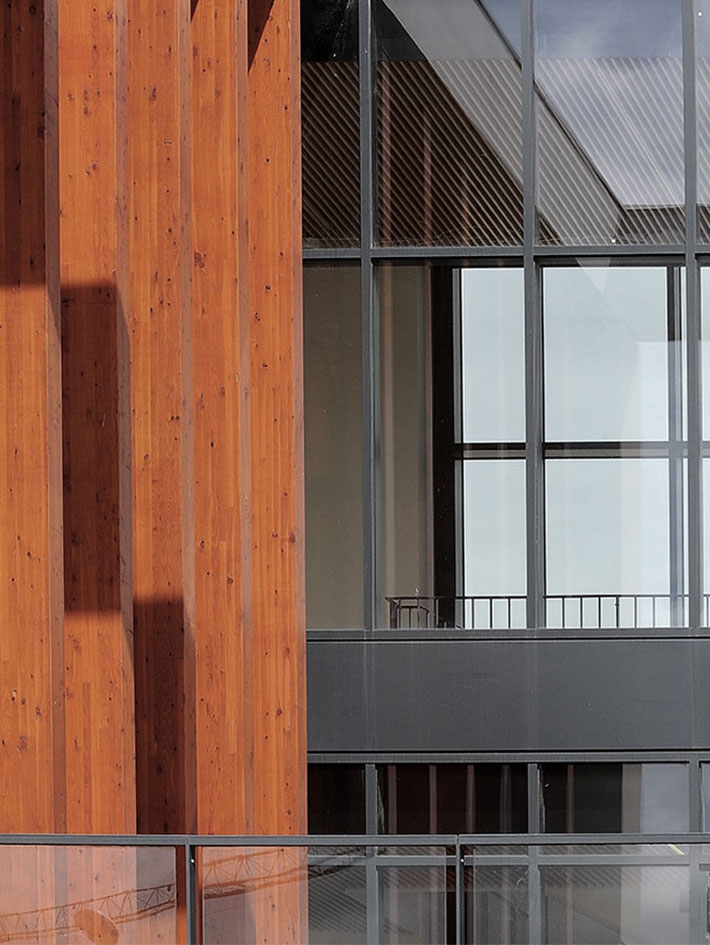 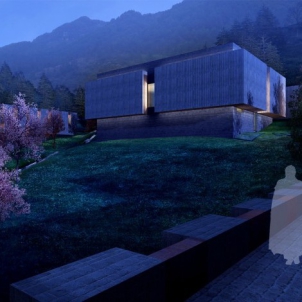